95' Toyota Lexus 400. "Speed" indicator is intermittent. It's either actual speed or its at zero when driving.

Selling this car for a friend so I drove it a few times and the speed odometer will show actual speed when its working, but when its not it stays on zero. The odometer is working even when the speed indicator is not so its not affected.
Thanks
G

Odometer is working and a Lexus typically has an AT and apparently this is also working since they are driving this vehicle so the Vss should be working.

Not a cable driven speedometer like on my 88 Supra, needle is starting to bounce and you cannot remove it from the dash end, have to remove the cable from the transmission end where it can get on the floor with lubricant dripping on your face.

Is a voltmeter, more than likely a cold solder joint on the printed circuit board. Assume the odometer is an electronic digital. Is a Lexus, not cheap 450 bucks for a refurbished one.

Repaired a GM all electronic dash, was wave soldered and since the connector is the heaviest component on the board, the pins were where all the cold solder joint are. Didn't burn off the flux, corrosion sets in, expands, lose contact. Also is temperature sensitive, work best when cold, contraction.

Thanks gentlemen for the quick response. Are there two of these vss? I know this is on the transmission somewhere, but wasn't exactly sure where even after watching a video of a guy replacing one of the two he mentioned. Once I'm able to find it and remove are there any helpful suggestions on how to test? I know Nick mentioned because the odometer is working even when the speed indicator is not that it may not be the sensor. Although, I could rule that out for sure once I remove it and test it. It seems to me that would be the most economical approach at this point. Thank you!
G

Might be worth it to pull the cluster and solder the grounds.
B

Use the OBD2 live-data to look at vehicle speed when the speedo dies. If vehicle speed is still OK in live-data, then you can eliminate the VSS and any of its circuit. I agree, though, if the odo isn't being affected by this problem, the VSS (entire circuit) is already not likely to be the cause.

Trying to figure out how to remove the cluster. I found two screw on the bottom, but I'm not sure how the top is attached, I don't see any hidden removable tabs that are hiding screws on the top part. Anyone know?
Last edited: Jun 2, 2020
P

The LS400 is known for sticking speedometer (and tach) needles. If the odometer is counting mi/km it's not the VSS - the problem is in the speedometer head.

My '98 speedo needle will stick occasionally depending on the ambient temperature, usually when it's warm/hot. Whacking the top of the dash above the cluster will get it working but it's a temporary fix at best.

IIRC, it has something to do with the aging instrument lube Toyota uses.

Hey thanks Paulo! I almost had the cluster all the way out yesterday, but put it back in as it started working again. What you mentioned makes sense for sure. Although, I can remember beating on the dash several times when it was out, but that didn't work. It worked from me jarring the cluster around a bit trying to remove. How difficult is it to put some lube on the needle after removing cluster?
N

What worked for me with analog speedometers was a couple drops of clock oil. Better ones used a jeweled bearing for the needle pivots, would think Lexus would.

Friend had an earlier Lexus with an LCD digital panel, if the temperature dropped to zero F, that was the end of it. many vehicles came out in the late 80's with digital instrument panel, in the 90's, back to analog. Common for the entire screen to go black, no speedometer, warning lights, gas or temperature gauges.

Compared to aircraft gauges, automotive was pretty much junk, 1990 was also the year Clinton brought China into automotive components that gave a new meaning to junk. But Japan and China never got along, so doubt if your gauges were made in China. And yes, politics do play a role with automotive as well as everything else.

Speedometer always worked in my 70 year old Model A, they use to know how to make this stuff.
P

BC said:
Hey thanks Paulo! I almost had the cluster all the way out yesterday, but put it back in as it started working again. What you mentioned makes sense for sure. Although, I can remember beating on the dash several times when it was out, but that didn't work. It worked from me jarring the cluster around a bit trying to remove. How difficult is it to put some lube on the needle after removing cluster?
Click to expand...

I don't know. Whenever I need to have gauge work performed, I remove the cluster/gauge and bring it to a speedometer/gauge repair shop.

There are places that will repair clusters for a flat fee - send them the cluster, they repair and test it and ship it back. Sorry, I can't recommend one place over another....I usually find a local shop. One tip if you go the mail-in route: if the repair place offers shipping services (typically, FedEx), buy the shipping through them. Most often it's cheaper than arranging a shipper yourself.

I used one of these circuit board repair places (https://circuitboardmedics.com/) for my old Whirlpool oven controller that is no longer available and I couldn't be more pleased with the results.

I was going to use a repair service for an ABS controller module a few months ago but I did the solder re-flow of the fractured joints myself. The difficult part here was getting the unit open and removing all the old sealant. 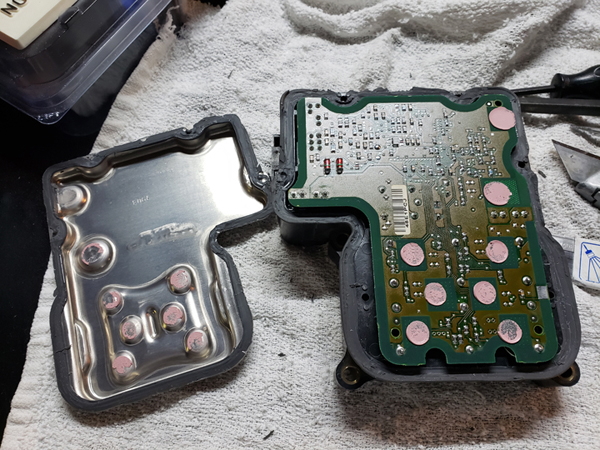 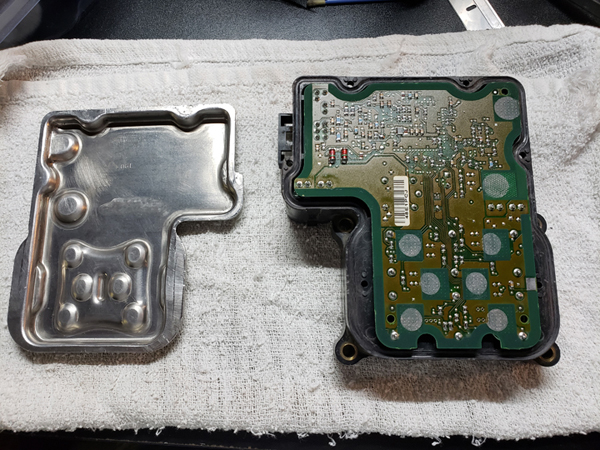 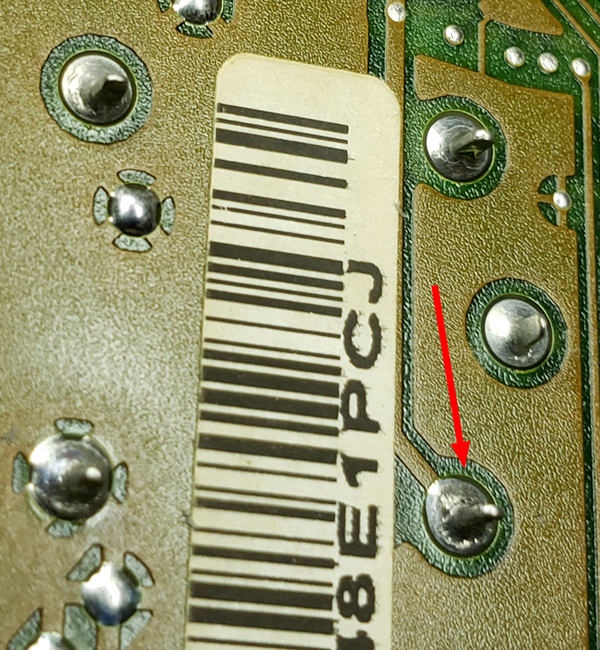 Yeah 10-4 on all of that. It seems I remember hearing good things about the circuit board medics, but never used personally. If problem shows up again and I have to remove board I'll keep what was posted here in mind and let you all know how I make out. Thanks again to everyone for all of the great support!
N

It was around 2005 the law made us use lead free solder, the key reason, all this electronic crap from China was ending in our landfills, poisoning out water supplies with absolutely no proof of this, just like zero proof of CFC refrigerants depletely the ozone skyrocketing the cost of AC repair. and of our atmosphere with 20% oxygen, 80% nitrogen, up to 100% of water all with high specific heat values but blaming 0.06% of our atmosphere that our vegetation needs to survive was blamed for global warming. When not only the least of our atmosphere but can only respond to an extremely wavelength of the sun, and only when the sun is shinning and not blocked by clouds.

For the other Nick, really surprised the Candians fell for this BS from Crooked Al Gore under really crooked Bill Clinton, that sex maniac put into office.

Lead free solder was a complete nightmare, all the soldering pads had to be made larger on printed circuit boards. and never adhered as all, then the required temperature was much greater even damaging delicate components. The real cure of this was to quit buying crap from China, but certain government personell was getting rich off this while the rest of us suffered.

Not your problem with 1995. But many components do no survive for an automotive environment in particular microcontrollers and memory with an environment of -40 to 125 degrees C. Had no problems with my 1945 Ford 2N tractor even after 70 years. No electronics.

paulo57509 said:
Whacking the top of the dash above the cluster will get it working but it's a temporary fix at best.
Click to expand...

Haha, that is my moniker

When it dont work hit it.

I wacked it! Beat it! And it's working and now its gone on to its new owner! Glad that one is gone! Can't believe someone paid 55K for that car brand new in 95'. I like yotas but not that much. My P/U (tundra) has 350K miles on it and I paid 15K used with 29K miles on it and its been a good one for sure, maybe because of fewer electronics on it to beat on!
You must log in or register to reply here.
Share:
Facebook Twitter Reddit Pinterest Tumblr WhatsApp Email Link
Top