Please fill out the following to ask a question.

MAKE:Ford
MODEL:E350 Super Duty
YEAR:2006
MILES:156,000
ENGINE:5.4 liter
DESCRIBE ISSUE....AC blows out of defrost vents when accelerating. I know this is a common problem, and that the check valve and/or vacuum reservor are bad, but are a devil to get at. If someone could post a diagram of the vacuum system for the HVAC system with color coded lines I could rig up a bypass system. I know where the main vacuum line comes off the engine and runs down into the evaporator box, and where the vacuum lines connect to the selector switch. Kind of lost from there.

This is the best I can do. Hope it helps you.

You need a vacuum gauge to diagnose properly this kind of problem.

My alldata does not give color vacuum lines, but the other snapshots to give color identification that should give you enough info to follow up on.

Read this thread and look at the pictures:
[URL]http://batauto.com/threads/2002-ford-e-series-van-a-c-always-defrost.13532/[/URL]
I'm not a betting man but if I was, I'd say you have an issue inside the HVAC cabinet. Ford buried the Vacuum Reserve Tank AND the Vacuum Check Valve inside there.
Check the pix on Page Three, especially the one just above the dismantled dashboard. Cut the black line where it comes out of the HVAC cabinet. Leave enough at the cabinet that you can slip a piece of 5/32" vacuum hose over it if I'm wrong. The non-betting-man side of me says there will be NO VACUUM coming out of the cut piece from the HVAC cabinet end.
If that's true, get the Dorman Reservior, a Dorman Check Valve (part numbers in the thread referenced above) and a package of 5/32" vacuum hose. Install as described an you're good (Cool, actually!) to go.
I'll watch this thread and help any way I can.

nickb2 said:
This is the best I can do. Hope it helps you.

Yes nick 2 very helpful tells me what I need to know. Thank you

Apply vacuum to the cut end of that black line I mentioned. The end that comes down from above. That black is supply to the select valve. The white that's with it energizes that vacuum servo you see in the pic with the cut black line. If I'm right, you'll have no need to go into that dashboard. The bezel is a beast to get off and the two nuts holding the hose manifold to the back of the select valve are diabolical too. I'm barking loud that I'm right, I know, but there've been several of these, not just vans, and the fix remains the same. Differences are where to mount a new reserve tank and where to run the bypassing vacuum hose. I don't know if I mentioned in the thread, but the brackets on the Dorman tank won't reach both brackets under the cowling under the hood. I used a little piece of that punched metal "strapping iron" to get to the second bracket.

Just a couple questions please. If I install a second reservior tank does it have to be like the original, or would any style that is big enough do the job, say one from the bone yard, and perhaps install it under the hood. Also if I did not use a check valve would vacuum drop off quickly to the AC control?

Any Vac Tank that doesn't leak will work. The pix I mentioned in my other thread show a replacement tank under the hood, behind the air filter. A little toward the passenger side, on the bottom of the cowling, I found two small brackets. That was where I mounted the replacement tank. I used Dorman Part Numbers: Tank 47077 and Two-Way Check Valve 47150. That spherical canister is about the only one readily available at parts stores, around $15. Was used on loads of GM vehicles in 1970's-'80's. There IS a Dorman tank with a check valve in it. I chose to use the two-way valve in the hope that the tank would never crack but the valve might fail one day. Our valve did fail. I think I actually damaged it using my MityVac and pulling a near-perfect vacuum against it. I don't recommend testing that way.

So I can actually tell you from experience, with no check valve (actually with a non-working one...) the A/C would go right back to Defrost on the slightest hills or moderate acceleration, even with a reserve tank. The engineers got that part right. You need a Check Valve AND a Tank. The part they got wrong was burying them in a place we can't get at without, among other things, discharging the A/C refrigerant.

Tank shows in one of my pix, with a label on it saying "ACME" in honor of the Roadrunner cartoons where Wiley Coyote buys a round bomb from Acme in the hope of defeating his nemesis. 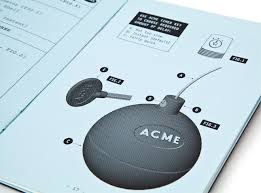 Guys. I am at a loss. I went out to the bone yard today and found several econoline vans with engines pulled so it was easy to remove the evaporator core. My problem was I could not find the AC vacuum reservoir tank, or the check valve. No 2006 econolne vans, but I did check a 2007 (this one I even removed the outer right side fender) ,a 2009, a 1998, and a couple more that looked the same as mine. I did pick an ACME round vacuum reservoir that was mounted on the battery tray of one of the econoĺines
Last edited: Nov 9, 2015

This might work. Mopar had similar res tanks like ford back in the 90's. Jeeps almost seemed to be same part #. Maybe the bone yard may have a few mopars.

But one of these might work. Only twelve bucks online.

This one should be small enough to fit in that engine bay.

One of these should work, as JD said, readily available almost everywhere. Like autozone. I linked to napa because they are the closest parts store up here, any bone yard should have a cruise control reservoir and check valve in the diamter you need and would still do the job you require.
http://www.napaonline.com/Catalog/CatalogItemDetail.aspx/Check-Valve-Universal-One-Way-Vacuum-Plastic/_/R-NDP7301347_0375754939
You must log in or register to reply here.
Share:
Facebook Twitter Reddit Pinterest Tumblr WhatsApp Email Link
Top