We had a pretty big accident at work this week.

A co worker was doing some front end work on a ford raptor type f150.

On coffee break, we all hear a huge crunch and bang sound, Julie, the parts and shipping girl ran for front of shop,

I ran to lift, first thing on my mind, is daniel under there? And if so, do I remember my lords prayer.

Happily, I was able to yell, nobody under truck, all is good.

These types of accidents remind you, that this job is way more dangerous than being a policeman or firefighter, even though they get all the glory.

At end of inspection, Daniel forgot to put the locks on.

Which almost resulted in death. I repeat, ALMOST, resulted.

So for those who get too comfy with your equipment, plz be sure to not say the hoist is the problem, when YOU, as an operator forgot the step #1

Boss was grumbling taking pics and trying to do damage control.

I had a nightmare again last night. The last thing I want to do at work is give mouth to mouth to what I know will probably be a guy who is dying right in front of me with a raptor on his body while he says, plz tell my wife and kids I love them/.

Plz guys, this job is dangerous. If someone says you gotta go fast, you say, you in the wrong shop cuz I aint dying for your impatience.

the truck was align-able, if that word exists.

Needs a new bed, and a rear left door.

What will probably cost more, the lettering of the truck, and paint and regain confidence of the client to keep coming back.

That ford fell off lift so quick, just time to stammer and go into is some one hurt mode.

My co workers after a while from smoking a few shaky cigarettes, they said, boy you dove right in there.

4 sure, if a co worker is in dire needs, that is my job and pseudo trained for it.

Think plz guys. Cuz this is how kids end up with no father without crime.

But I still cant get the moment out of my head, Run too danger, is lift secure? My mind at this point is saying, dont dive in.

But I did. If the truck would have gone further, and if both of us under there, major human damage.

Ok enough of the priest stuff,

Pleading now, plz guys, when you lift heavy stuff, double check, it only takes a minute.

I hope someone here seconds me for work safety, cuz picking a coworker off a pick up and the ptsg that comes with it sucks. But mostly, the dude aint there to pay rent and be a good buddy, good father etc cuz hes or maybe even She is f ing DEAD
B

I certainly commend you for your actions; and agree completely that not injuring oneself on the job, especially for just a bit more speed, is the prime requirement. However, more dangerous than a police officer or firefighter??? It is very rare that a car fires a projectile at you...

PS: no book yet, I will let you know when it arrives.

billr said:
PS: no book yet, I will let you know when it arrives.
Click to expand...

hmm, will try to look into that, the book store sent me a e mail, said it was shipped. Maybe I got calif address wrong.

billr said:
It is very rare that a car fires a projectile at you...
Click to expand...

As for this comment, plz remember I am a french canadian. Normally up here, the only time we take out a gun is to shoot some game.

But lately, montreal is having some issues.

So relating to on work deaths or mutilation, I must say, it is still more dangerous to be a monkey wrench than a cop or firefighter.

So coming from USA, I can absorb the concept that maybe down there, being a cop is a not a fun job that needs a vest and some above supervision.

I have been working in this trade for 29yrs or so, tally is known 4 deaths from shop related per year. As a grease monkey, dont get coverage, if you are not a cop or firefighter, you do not get pension for wife and kids,

sometimes I hear news from down there, you guys and gals are nuts.

Not same concept as up here.

I especially liked this Biden thing, he called trudeau. On the video thing. 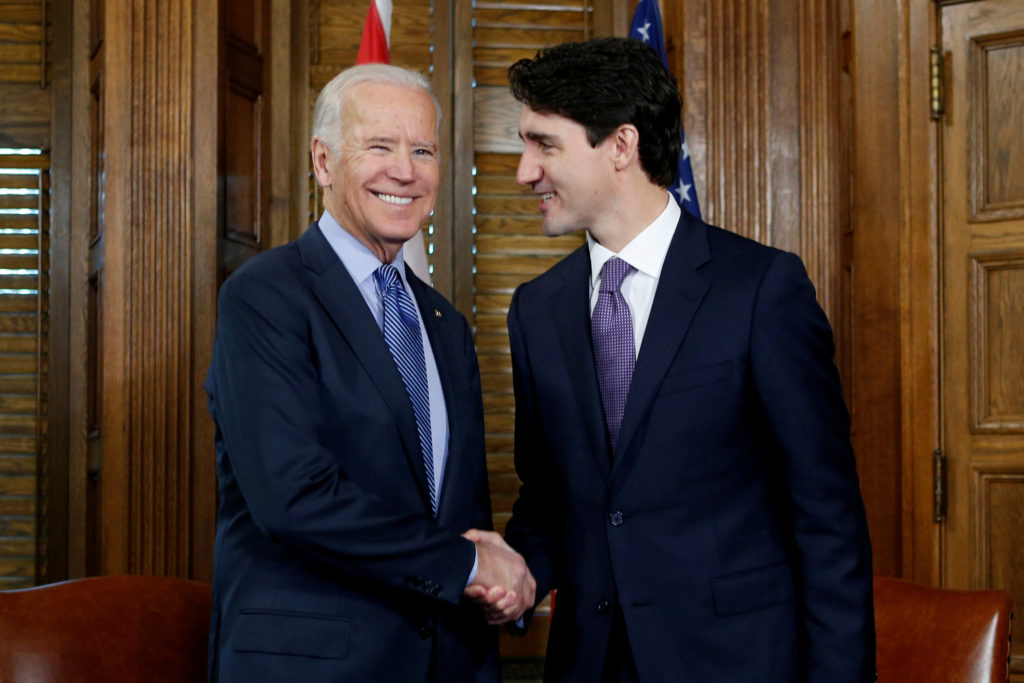 WATCH: Biden and Trudeau give statements on bilateral meeting

In pre-pandemic times, such a meeting would have been held with fanfare. But with Biden and Trudeau stressing caution to their citizens, both leaders are foregoing the typical pomp and holding their talks by video conference.

that was very a propos and met with good optimism.

hoping this will actually change,

Cuz as a canadian, dealing with trumpo stuff, just too demanding and useless.

talking politics is always hard and not the best job in the world.

My father used to say being a politician is the most ungrateful job in the world.

Unless if you are a dictatorship.

if biden actually moves, I for one will stand next to my fellow cannucks, and the feeling of the lower masses, think same.

Less global elite, more control to those who actually pay for all this shyte

do in this regards bill, I will look into why you did not get my dads book,

Cuz I did pay for, and tracked it.

Last thing I knew, it was shipped.

So only thing I may know, maybe got addressed wrong. If you can, maybe PM me your address again, I will try a second attempt.
B

The book did come, I just never noticed it at an unused door. My mistake, sorry.

billr said:
The book did come, I just never noticed it at an unused door. My mistake, sorry.
Click to expand...